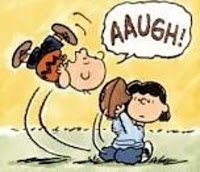 Not going into details but here I am again, no regrets, just rugrats.

It's not that I haven't been writing: in fact, I'm still at the paper, columning and everything (which, at a small town paper everything means high school sports and bikers with bags of Bakugons strapped to a sissy bar).

Come to think of it, since I've just reappeared here, I guess I could step back out quietly and slip back into the darkness. Light a cigarette and wait. A Ninja with no thought of his lungs. Blending into the background. Hmmmmm. I eat my cigarette butt.

But I'm not like that. The humor value of a doorbell, flaming poop and stomping feet.

And since the two or three of you who read me remember the kiddie snapshots, I give you this:

When it comes to my children and my music, the apple doesn’t fall far from the tree.

Well, that’s one-third true. For awhile, my girls have immersed themselves in the tween scene, all Hannah Montana and Jonas Brothers. Prepackaged pap bundled with product placement, the insidious reach of the Disney empire (I, for one, welcome our mouse-eared masters). Tentacles of consumerist madness that go back farther than the Dan Quayle My Little Pony. Indeed, in my time, girls bought into the Osmonds and David Cassidy (and all their crap), while we guys laughed at how gay those guys were. The same-oh lame-oh.

Nuff’ said, that nonsense gets shut down at bedtime. Then, Mozart seems to be their favorite, with Debussy and Bach a close second and third. Smart kids.

My son is another matter. He has no taste for tween twaddle or sing-a-long schmaltz (no “wheels on the bus go round and round” for that kid). In fact, at any given moment, Basement Jaxx, (or other CD remnants from my prior taste in trance/house/electronica), Black Sabbath or Bobby “Blue” Bland blast from his room — and those are just the Bs. He has the same mad eclectic tastes as his dad it seems, abecedarian or not.

Not that this surprises me; it was something I noticed about him early on, when he was maybe a few months past two. I was up late one night, reading, listening to Frank Zappa’s album “Hot Rats” (one of his best, a jazz-inflected excursion in the tradition of the Sun Ra Arkestra), reveling in the brief down time. An hour or so into my repose, Mister arose, wide awake, “I can’t sleep, daddy.”

Mellow, I agreed to allow him to hang out with me, “Do your own thing,” I told him, “just be quiet, let me continue reading, let me pretend you’re not here.”

I tried to focus on my book but my little man’s body kept banging against the couch, in time to the music. I had to stop, watch, put my book and see him bump as “The Gumbo Variations” (the jazziest of the jazz on that album) pounded through the room, the rhythm of his bounces increasing with the songs steady race to its crescendo. Suddenly, the song stops, with a singular, conclusive beat. “Awesome!” he yelled just past the thud of that beat, his chubby arms in the air with a wave, his eyes still staring straight ahead, his body twisting with resonance of the groove.

He continues his taste for jazz to this day.

Just as Justice Potter described pornography (“I know it when I see it”) and Louis Armstrong described jazz (“You know it when you hear it”), my little man will ask me to rule on any given moment. John Coltrane or Oscar Peterson or Dave Douglas, “This is jazz, isn’t it daddy? Because, I like this!”

Yes, I say, I’m glad you like this. Alpha male watching his pup take down a doe. Sweet.

I was up early, throwing up a batch of oatmeal (so to speak). Little man was likewise up, yakking. He diverges from his dad in that he’s an early riser, stirs at the first light and pads around the house while the rest of us snore. Conversely, as a morning person by necessity and not by choice, I was making breakfast and relying on coffee and loud music to shake the sleep from my eyes.

Mister was sitting in a futon, wide awake and watching daddy zombie stomp through the kitchen while “Pay To C***m” by Bad Brains rattled the rafters (if you’re not familiar, it’s arguably the first-ever, hard core punk, the song ripping by like a 440 Nova, fat tires, loud, dual pipes).

Tugging at my shorts, Mister declared, “Daddy, this song is fast!”

He bounced around and pressed his elbow to the floor, rolled, began dancing again.

“Did they play music this fast when you were a kid?”

I was a kid when I first heard this music, I thought, and now he’s hearing it for the first time, a generation later. Thinking that there couldn’t have been anything like it, way back when.

“This is the best music, ever,” he said and, in the spirit of that, I mixed him a CD: Bad Brains, 7 Seconds, The Misfits, all kinds of early hard core. Even though he still listened to Paul Oakenfold, Miles Davis and Green Day, hard core ruled his world for a year or so.

And then, he heard the Stones.

The other day I was doing dishes when “Can’t You Hear Me Knocking” came on a mixed CD. Mister stopped, doing nothing, no longer lining up cars and army men and making “cue cue cue” sounds, just sitting still, alert, listening. “What is that, daddy?”

“The Rolling Stones, Mister. They’re the best band ever.”

“Depends on your perspective,” I told him. “Where you are, at any given moment.”

“What does that mean?”

I considered his question. “It means that there’s are all kinds of different answers, there are no winners.”

“There doesn’t have to be a best of everything?”

“You mean like Superman?” Mister loves him some Superman.

“Do you think Elvis was, like, the Superman of Rock and Roll?”

“Mommy says so,” he says, his eyes searching the room, unsure.

“Well, if Elvis was Superman, the Stones are like a shower of Kryptonite.”

He thought about that, wondered if it was bad or good, or what it might have even meant. “Do you have any more Rolling Stones?”

I put on “Jumping Jack Flash” as an example of what I meant. Tons of Kryptonite at once and no way to duck it, just find a cave and wait it out..

He agreed. Superman was dead.

Slipping back and forth on his skateboard across the floor, Mister grinned, enrapt, Stones falling on him like beams of warm light.

“Daddy, this music makes me happy.”

At that moment, watching him roll, rock, beaming, in tune, there in love with what he was hearing, the whole thing wrapped my heart in wool. I snuggled in it and remembered.

For now, he’ll be enamored with the Stones; for awhile my girls will continue to hang onto fluff. In thirty years, the girls will look back on their music as a goof, an embarrassing karaoke moment. And all three of my children will rock with the Stones.

And I’ll be thirty years older, happy to have just locked all of them into that moment, Bad Brains, Jonas Brothers and all of it.

After I wrote that, I woke the kids up, made them watch me pour a can of lighter fluid on a junk tire and roll it down the hill. The flaming tire crested the hill and kept on going, rolling center on the road, heading into downtown.

Then we went to bed. The sirens never woke us.
Posted by Puck at 11/09/2009 10:08:00 PM 3 comments:
Email ThisBlogThis!Share to TwitterShare to FacebookShare to Pinterest
Newer Posts Older Posts Home
Subscribe to: Posts (Atom)