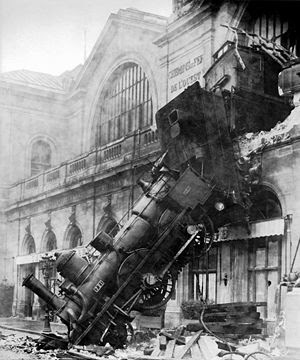 Well, I went and did it.

As I said in my last post (ok, my next to last post), I have been kicking around with starting another blog since this old place was losing its luster, getting a little threadbare and, admittedly, becoming dreadfully boring. Furthermore, I'd started this blog to chronicle the life, loves, and trials of a single dad. In case you haven't been reading carefully, I got married. No really, to a wonderful woman and everything, not to some farm animal as a few of you were placing bets that would be where I'd end up (I mean, before the inevitable stint in prison).

Having lost my enthusiasm for this - the 4 or so posts in the last year should have been the clue - I've decided to move on and write about what's going on with me right now. And not make up crap, like I was doing.

So, it was fun for awhile but time to say "toodles" and have a toddy.

I'm not going to get all weepy. As much fun as I had with this, better things are in the boiler and my life now rocks. I don't regret leaving this to wither away.

For those of you who stumble here, my new blog, co-written with my beloved, is called Hogepotte and can be found at http://jimandmara.com where you can read both our takes on everything from blending a family to how to stretch roadkill into a veritable feast.

I'll keep comments open here for a month and then, we're done. If you have something to say after April 19, shout it into your pillow. Saying it over at the new place wouldn't hurt, either.

I guess this thing will stay live as long as blogger keeps it up (or gets hacked by some nitwit Russian thug) but for all intents and purposes, it's a ghost blog by sometime next month.

So there you have it. Goodbye. Hope your blogs are better read than this spot on the road and I sincerely hope you'll come visit the missus and me over at our new place, http://jimandmara.com - if you drop by, bring some beer, wouldja'?
Posted by Puck at 3/18/2009 08:10:00 PM No comments:
Email ThisBlogThis!Share to TwitterShare to FacebookShare to Pinterest
Newer Posts Older Posts Home
Subscribe to: Posts (Atom)